We offer different techniques of additive manufacturing. From cost-effective Fused Deposition Modeling (FDM) with a wide range of materials for various applications, to Multi-Material Jetting (MJ) for complex geometries and material color combinations.
In the foreseeable future we will also offer 3D wood and 3D bioprinting.

For research and production, Switzerland Innovation Park Biel/Bienne uses stereolithography (SLA), fused deposition modeling (FDM), material jetting (MJ) and selective laser sintering (SLS). These technologies are used for rapid prototyping and are also available to our customers for their needs and projects. 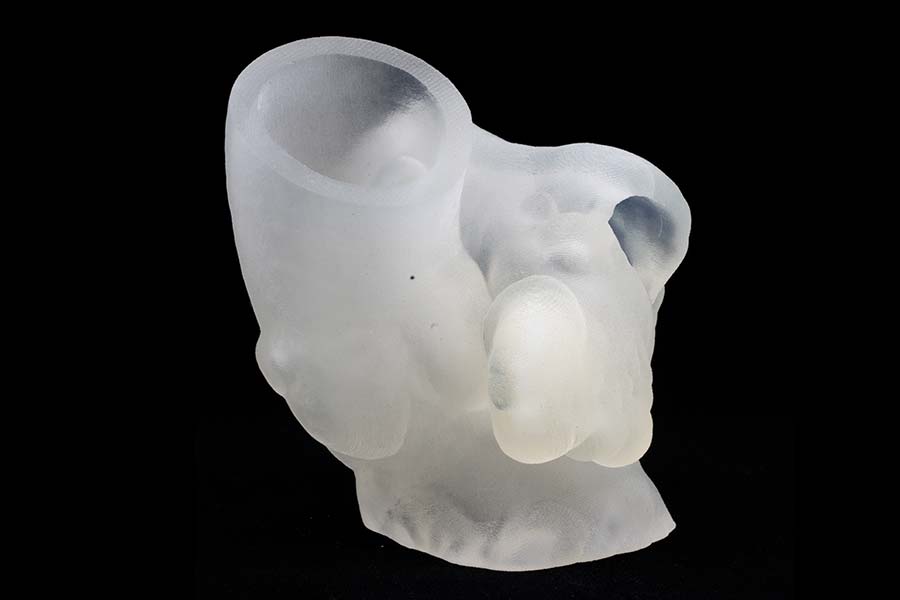 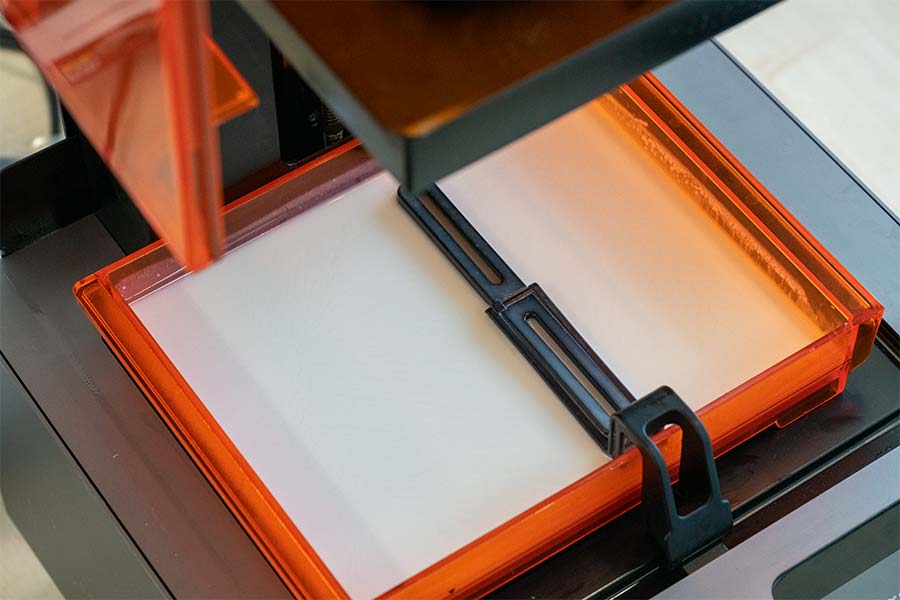 Stereolithography (SLA) uses a build platform submerged into a translucent tank filled with liquid photopolymer resin. Once the build platform is submerged, a single point laser located inside the machine maps a cross-sectional area (layer) of a design through the bottom of the tank solidifying the material. After the layer has been mapped and solidified by the laser, the platform lifts up and lets a new layer of resin flow beneath the part. This process is repeated layer by layer to produce a solid part. Parts are typically then cured by UV to improve mechanical properties.

Vat polymerization processes are excellent at producing parts with fine details and give a smooth surface finish. This makes them ideal for jewelry, investment casting and many dental and medical applications. Material developments have also allowed the printing of low run injection molds. The main limitations for vat polymerization are the build size. 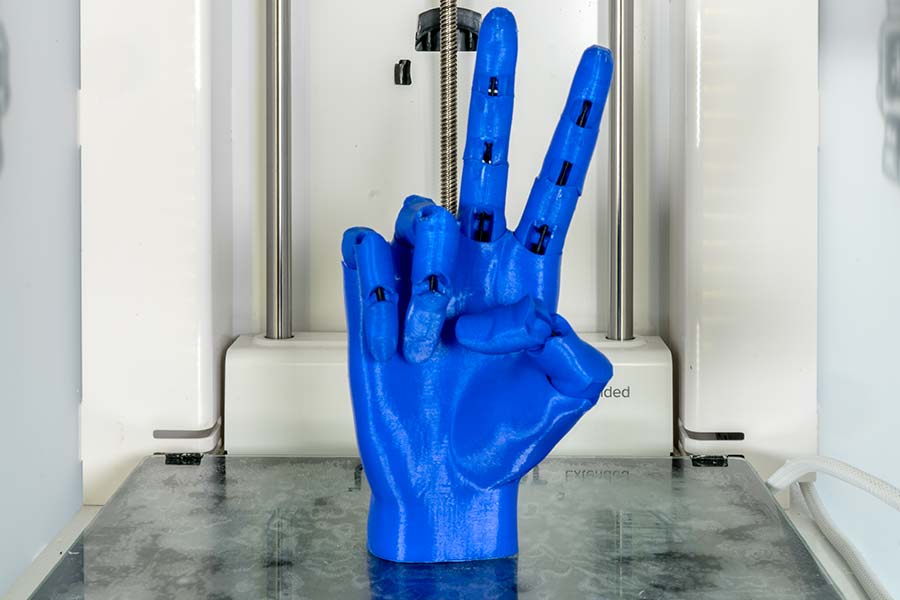 Fused Deposition Modeling (FDM) (sometimes referred to as Fused Filament Fabrication or FFF) uses a filament of solid thermoplastic material (filament) that is pressed through a heated nozzle and melted. The printer continuously moves this nozzle and deposits the molten material exactly where it immediately cools and solidifies. This means that a part is built up layer by layer. FDM is the most widely used 3D printing technology.

As a fast and cost-effective process for the production of non-functional prototypes, FDM leads to certain dimensional limitations and is very anisotropic.

Multicolor 3D Printing is an impressive process that can create amazingly detailed objects. With not only the capability of using a wide range of color but also the means to print transparent material, new doors open in the way we can create components for research projects and their application in fields like Medical Technology or Prototyping. 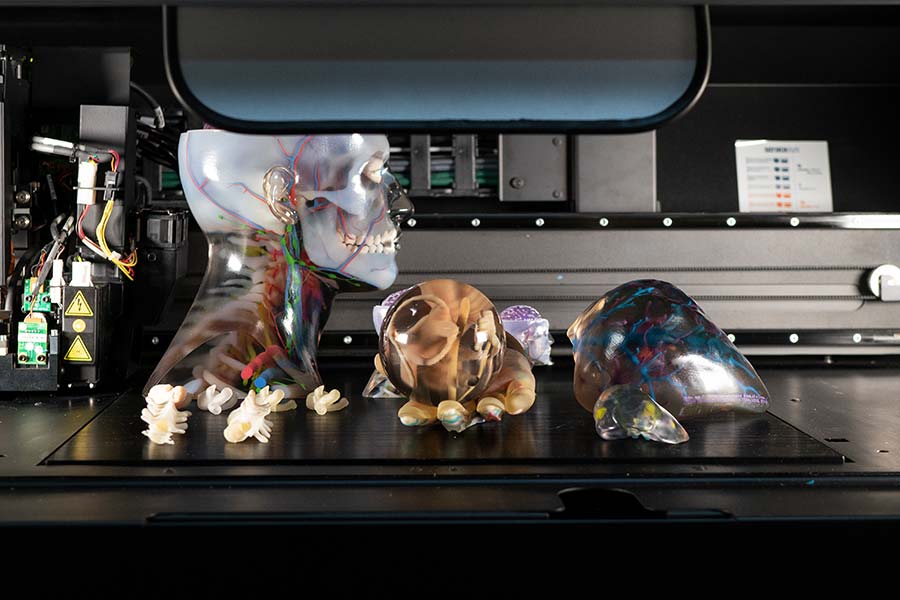 Material jetting is ideal for realistic prototypes and offers great depth of detail, high accuracy and smooth surfaces. The material jet printing process allows the designer to produce an object in a single printing process, multicoloured and/or from a material mix. The disadvantages of material beam printing are the high costs and the fact that UV-activated photopolymers lose their mechanical properties over time.

Material jetting is used in research and prototype construction. Professional 3D printers can deliver true-color end results. Strengths between hard and very flexible can be produced in a single object. Special skills such as transparent material are in great demand in medical technology.

There is no comparable process that has the possibilities of metal printing. Where CNC and other means of production fail, this process is versatile and reliable for complex structures. It is now being used in many forms of transportation, from trains, planes to space travel. Switzerland Innovation Park Biel/Bienne puts a focus on the development and utilization of this process in his Swiss Advanced Manufacturing Center.

Both selective laser melting (SLM) and direct metal laser sintering (DMLS) produce parts via the same method as SLS with the main difference being that SLM and DMLS are used in the production of metal parts. SLM is used for producing pure metal parts while DMLS can also print with some alloys. Generally, unlike SLS, SLM and DMLS also require support to be inclu- ded to compensate for the high residual stresses generated during the build process, helping to limit the likelihood of distortion occurring. DMLS is the most well established metal AM process with the largest installed base.

PBF technologies offer a lot of design freedom (typically no need for support) enabling complex geometries to easily be built. Parts typically possess high strength and stiffness with a large range of post-processing methods available me- aning that often PBF is used to manufacture end parts. The limitations of PBF often involve surface finish (surface po- rosity and roughness), part shrinkage or distortion and the challenges associated with powder handling and disposal. 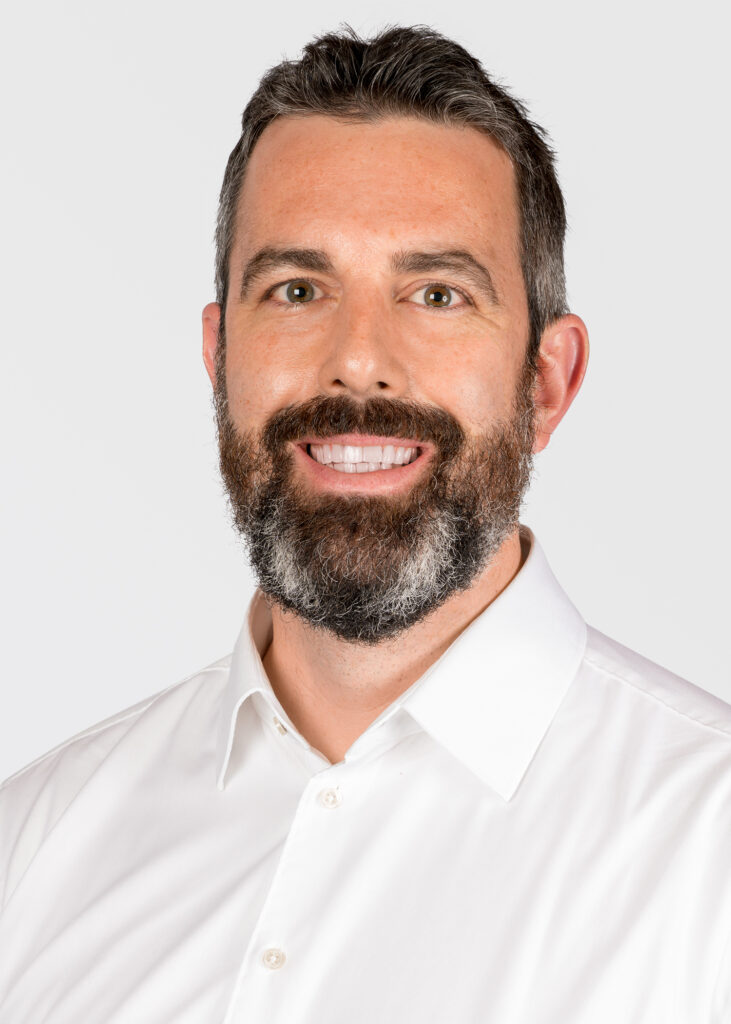 GET YOUR PERSONALIZED NEWSLETTER